The Davidson Tartan was adopted as the tartan to be worn by the 48th Highlanders of Canada on its inception in 1891. It is in honour of the first Commanding Officer, Lieutenant Colonel John Irvine Davidson. All members of the Regiment, including the pipers, wore this tartan until sometime in 1912 or 1913. 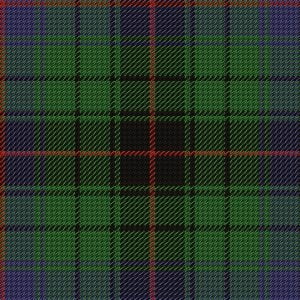 Around 1912 or 1913, LCol. William Hendrie ordered the Stewart of Fingask tartan for the pipers, which is in evidence in a picture of the band on board ship heading overseas in the 1st World War. This picture hangs on the south wall in the Pipe Band Mess. It is not clear why the Stewart of Fingask was chosen as the tartan to be worn by the pipers of the 48th Highlanders. It is not even clear why it was decided to put the pipers in a different tartan. Unfortunately, the people who may have known the answers are long gone. There have been rumours that this tartan was sent by mistake in place of the Royal Stewart and it was decided to stay with the Stewart of Fingask, but this has not been verified in writing.

There is also another theory contained in a letter from the Lord Lyon, King of Arms, Edinburgh in reply to a letter sent in 1953 by past Drum Major, RSM, and regimental historian, Bill Elms. In this letter it is stated that the Stuart of Fingask was worn in the form of a cloak by Prince Charles Edward and left at Fingask Castle outside Edinburgh. He also states that this tartan was never put on the market, as it was never known to have been associated with any family name.

Another theory is that one of our founding officers, LCol Michie, may have visited Fingask Castle, and if he had Jacobite leanings may have taken note of the set or he may have read about it in an old book. Either way, LCol Mitchie introduced it to LCol Hendrie. Lord Lyon also stated in this letter that the tartan should have been called the ‘Fingask Tartan’ and not the Stuart of Fingask.

The spelling of Stuart in this letter is different from the spelling which we have always known, Stewart. If this tartan had been worn by Prince Charles Edward it probably should be spelled Stuart. 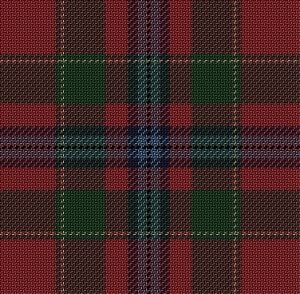