Menu
Message from the Padre – #2 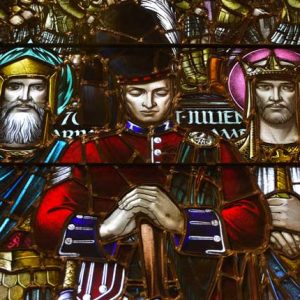 As the old joke goes, Canada has only two seasons: winter and July.

This July will find me on a busman’s holiday in the Kawartha Lakes. There is a little church on an island in Stoney Lake called St Peter’s-on-the-Rock. It was established in 1914 and with the addition of a cottage in 1920, it has hosted a long series of Anglican clergy and their families who come for a month at a time and take the services on Sundays. 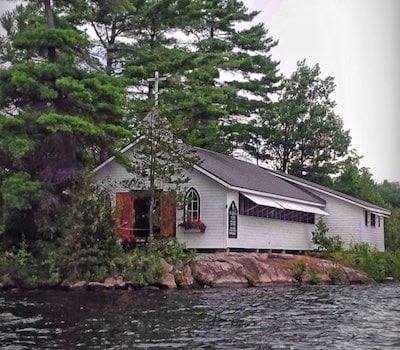 This is my third summer here. The first year was ‘normal’, but last year the church was closed and services for the community were pre-recorded. This year, as the province cautiously moves to re-open, we will again be recording our services with the hope of hosting some in-person services before the end of the season.

In the meantime, cottage life offers the opportunity to unplug somewhat from the regular hurly-burly of day to day life. This is partly by choice and partly due to the sketchy internet connections up here. At any rate, there is time to think and reflect on the events of the past year. Apart from the ever present COVID-19 stories, the last few months have also given us much to ponder as a result of the seemingly endless series of revelations about the extent of anti-Black racism, instances of sexual misconduct, and the legacy of the Residential Schools being top of mind.

Oddly enough, all of this bad news is an encouraging sign that our society has reached a point where such behaviour is becoming intolerable.

That said, I worry that too much faith is being placed in the power of education, awareness workshops and structural change alone to rectify the situation.

We humans have hearts as well as minds, and the common thread that runs through all of these sad stories is a failure of empathy and compassion on the part of the perpetrators towards their victims. In addition to cognitive and institutional reform, real change will require the softening of hearts and an increase in charity towards our fellow human beings regardless of their age, gender, race, ethnicity, religion, disability, sexual orientation, sexual identity, education, national origin, or any other distinguishing characteristic or trait.

Developing such a heart is part of the domain of Spiritual Fitness and Spirituality. The Canadian Army defines it this way:

“Spirituality guides the way we understand our life journey: its path and its practices. It gives meaning and purpose to our lives, and is often expressed or experienced through religion, philosophy, or a rule of life. It is central to the development of moral character, values, and beliefs, and is intrinsic to how we experience self, others, and community.
Our spirituality is informed by our world and life view and is most often understood as a means through which we can connect, both privately and with others, to the source of that which is Sacred and/or greater than ourselves. Spiritual Fitness is the ability to integrate core beliefs and values in a way that enables us to find greater meaning and purpose in life, positively affecting Army Team well-being, choices, actions, sense of belonging, and relationships.1”

I hope that this summer you may have the time and space to reflect and strengthen your own spiritual fitness for the challenges that lay ahead.

CAF chaplains stand ready to support and encourage along the way.