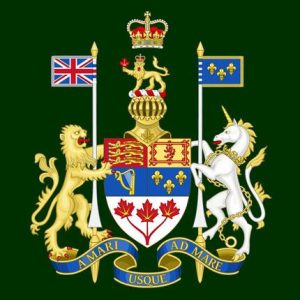 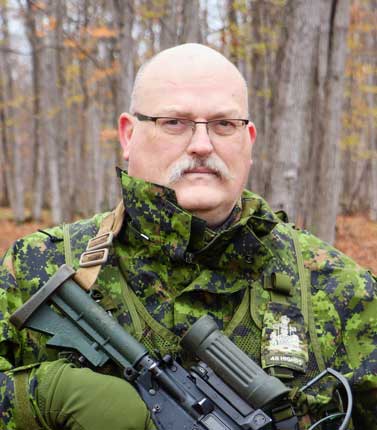 As I write this blog, we are quickly approaching our 130th Regimental Birthday and coincidentally the first anniversary of my assuming the appointment of RSM.  The time is passing quickly, but as you will read below you have accomplished many great things this summer.

There have been many parts of this year that have not gone as one would expect, but we have been able to carry on despite this and can be proud of all you’ve done.

This past summer we sent 20 new soldiers out the door to achieve their full Infantry Qualifications, three Cpls on their leadership crse, three MCpls on their Sgts crses and have promoted as many Highlanders into new ranks as we possibly could. Were there roadblocks along the way?  Certainly.  But we adapted, our members adapted, and we soldiered on as evidenced by the successes we had.  In total, we have presented Balmorals and Cap Badges to 23 new Highlanders, Promoted 14 more to Cpl, 3 new MCpls and 5 Sgts.  This is excellent for the unit.  23 new Highlanders may not seem like many, but given there have been no recruiting events over the past 18 months to attract new candidates, this is an excellent achievement.  I mentioned in my last blog that WO Ross was retiring in July.  Not one to fade quietly into the background, he still managed to get 14 more drivers from the 48th qualified to support our training when needed.  Our pool of qualified drivers is much better now thanks to WO Ross and his tireless efforts.  Thank you!

To ensure there were enough instructors to teach all of these Highlanders above, we provided staff for Basic Military Qualification (BMQ), Developmental Period 1 Infantry, Primary Leadership Qualification, Army Junior Leaders Course, Piping and Drumming Trades courses and Human Resource Administrator Trades courses.  We even have a Sgt who has been working in Meaford since January teaching on Regular Force BMQ’s to help tackle the backlog of new Regular Force recruits as a result of COVID delays last year.  This has been a major commitment on the part of these MCpls and Sgts as they have taken time away from their employers and families to ensure the success of our future generations.  Some even completed courses and then remained to teach on subsequent courses.  Well done all.  You can all be proud of your work this summer.

The future is looking bright as we return to a more normal operation.  Many of the promotions mentioned above took place on 11 Sep on our first full Regimental Training day since 13 March 2020.  It was great to see so many soldiers in person doing training together again.  The presentations and promotions that took place at the end of the day lasted a full hour.  There was a lot to get caught up on.   Now that the federal election is over and we can announce these milestones again, keep an eye on the various Regimental social media pages for photos and descriptions.  This year, we have a fighting company that is 97 soldiers strong, a pre Infantry Platoon of 16 soldiers who are just beginning their journey in the 48th on their first courses and a Leadership Development platoon of 14 Cpls who we are expecting to take their courses next summer for promotion to MCpl.  Our Leadership Development program has proven very successful over the past several years with everyone who has completed course graduating strongly.  Cpl Clark (now MCpl) finished 3rd on his course this summer as one example.  Anyone who has not made it to the end was due to injury and not any lack of drive or ability to pass.  This fall we will have 10 MCpls on course completing their final requirements to become qualified to Sgt.  Once the time is right, they will be promoted to Sgt as their experience and meriting dictates.

Speaking of Sr NCOs, our current roster looks like this:

Sgt General, CQMS (once his paperwork is completed for his return off supplementary reserve)

Working externally from the unit:

Sgt Cunti, on tasking in Meaford teaching BMQ for the Regular Force

I mentioned above that 11 September was the first time the entire Regiment was training since March of 2020.   It has been even longer since we have conducted any ceremonial events as a Regiment.  And unfortunately, it will still be a little longer before we will again.  Because of COVID restrictions we will not be able to have a formal Regimental Parade for the Change of Command on 17 October when LCol Alkema will relinquish Command.  Nor will we be able to have a formal parade for our Remembrance Day parade in November.  And the planned Cielidh for the Regimental Birthday in October will take on a different look than we had hoped.  The silver lining is we will have more time to get our soldiers back doing drill before we are on parade in public again.  Many of our members have never done a parade at all and for everyone else, the last formal parade we conducted was for Remembrance Day in 2019.   There will be a lot of retraining needed before we are fully able to conduct ceremonial parades.  We are looking towards a resumption of Ceremonial Parades for Remembrance Sunday in April as we attend our Regimental Church to turn a page in the Book of Remembrance.  Until then, please keep watch on our social media platforms, emails and notices for links to virtual events on 15 October, 17 October and 9 November for milestones we will hit as a Regiment over the next short period.

I hope that this message finds you and your families in good health and ready to resume our activities as we emerge from this period of protection against COVID.