United Kingdom – The Gordon Highlanders (Since 1904)

This affiliation was the first official affiliation between military units in the Commonwealth. The Gordon Highlanders is one of the great names in Scottish history and one of the most celebrated regiments of the British Army. Renowned as a courageous fighting force with an exceptional reputation for good conduct, professionalism and steadfastness, the legacy of The Gordon Highlanders lives on through the current serving soldiers of The Highlanders, 4th Battalion, The Royal Regiment of Scotland.

The following alliances are unofficial.

The Highlanders, 4th Battalion, The Royal Regiment of Scotland (4 Scots)

4 SCOTS are an Armoured Infantry Battalion currently operating in the Light Role. We are currently based in Fallingbostel, Germany and are part of 7th Armoured Brigade, famously known as the Desert Rats. We were recently deployed to Helmand Province, Afghanistan in 2011 in support of Op HERRICK 14. We deployed as Combined Force Lashkar Gar and took control of security for the Provincial Capital with troops supporting the Afghan National Police (ANP). Training and mentoring of the ANP lead us to be able to hand over the lead for security to them which was a major milestone of the operation. 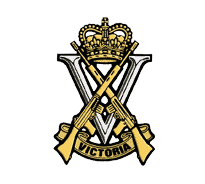 Often recognised by its uniform, band, traditions and participation on ceremonial occasions, the Regiment is first and foremost a Mechanised Infantry Battalion making use of the most modern weapons and equipment. For over a century the citizen-soldiers of the Cape Town Highlanders have stood ready to protect hearth and home. In peacetime, they work at their normal civilian jobs like good citizens, and train themselves in the arts of war. But if danger or emergency threatens, they leap to arms, true to their motto, “Bydand” – Steadfast.

7th Battalion the Royal Regiment of Scotland (7 SCOTS) is the Territorial Army (TA) Infantry for the North of Scotland. The Battalion’s Headquarters (BHQ) are in Perth and there are detachments in Dundee, Kirkcaldy, Stirling, Peterhead, Aberdeen, Keith, Inverness, Stornoway, Wick, Dumbarton and Dunoon.

The mission of the 48th Infantry Brigade (Separate) (Mechanized), is to mobilize, conduct post mobilization training, and deploy rapidly to a contingency area by air, sea, and land to conduct mobile combined offensive and defensive operations worldwide.
Since 2000, the citizen-soldiers of the 48 IBCT have been deployed to Bosnia-Herzegovina, Iraq, and Afghanistan. As one of the oldest continuously serving formations in the United States military, the 48 IBCT are proud of their affiliation with their northern “dirty four dozen” Highlanders.

Click here to see “THE HIGHLANDER” annual newsletter. A newsletter about us and our affiliated Regiments.