Menu
104th Anniversary of the Battle of Arras 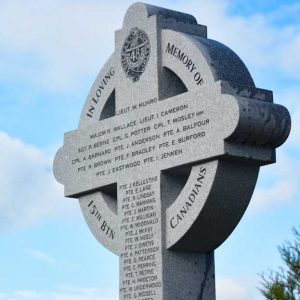 Have your days merged to the point where you look at the rubbish bin in the kitchen and think, “half full, must be Monday” ?

It feels like that for me these days here in France.

Things have become decidedly complicated since the beginning of the new year. I live just inside the Somme but am surrounded on three sides by the Pas de Calais. Whilst we are both in the region of the Hauts-de-France the Pas de Calais went into curfew a while back but we didn’t. That really throws a spanner in the works when three of the routes to the house insist you are home by 1800 hours !

Currently, things are not going too well in France. We got through the winter holiday period reasonably successfully and the Président, M Macron took the calculated risk of not confining us all again (even with hindsight I am not convinced the figures would have justified it anyway).

Then the British variant of Covid-19 got a hold with a vengeance. Cases went off the scale in Dunkerque and Lille. Rapidly it spread southwards, forming a sort of red corridor on the maps. As one of the worst affected regions the Hauts-de-France was put back into semi confinement. Last week in the face of ever rising cases (in certain parts of the country) the decision was made to bring the entire nation into the same system.

This means : home by 1900 hours and we have to stay within our own Département. As I live on a border I get a leeway of thirty kilometres. Within ten kilometres of the house I am pretty much free to go where I please (no indoor visiting though) but over that I have to carry a self declared attestation explaining my reason for being wherever. Getting stopped without one results in a 135€ fine – for a first offence.

In theory when I leave the house for a walk I am required to wear a mask but the reality is that on the rural stretches I am more likely to see deer than people so I tend to keep it on only when I am near houses. The other day I was overflown by a Gendarmerie helicopter and I thought to myself, “if he lands in that field to give off about my not wearing a mask out here I’m going to video it”. But he flew on. Bit disappointed as it would have got great views on Twitter !

The past year then, has been a bit of a blur trying to keep up with varying regulations and a new way of life.

Back in January 2020 I was getting things organised for the joint 9th April ceremonies at Roclincourt and our cross at Écurie. By February things were looking difficult. We were being told to stop the holy grails of French culture – shaking hands and the bisous. It was clear by March that the situation was looking bad. I warned my elderly parents in England to stop going to church (“I don’t care what Johnson says, this is going to be dangerous”).

I was already of the opinion that even if we could safely organise the ceremonies, I, personally wasn’t of a mind to attend ! Thankfully M Macron solved the dilemma by confining the country on St Patrick’s day.

One by one the ceremonies that I would have attended were annulled : Arras ; Bullecourt ; VE Day. Even when things started to get back to semi normality, with the arrival of warmer weather and the loosening of restrictions, it was clear that a second wave was expected, and, with the hindsight of 1919, it was likely to be more devastating than the first.

It was evident for organisers that it was better to cancel early than hang on to some forlorn hope that things would be ‘right on the night’. The problem was not just the matter of organising the event. For me the overriding criteria was : who’s going to turn up even if it’s within the legal requirements ?

Who would want to be mixing with strangers even if they were socially distanced, and let’s be honest, how much do you trust acquaintances (and definitely strangers) to follow the guidelines ?

Nobody was coming from abroad and battlefield tourism was at a standstill. There was an upside to this though. In July I spent a long weekend in Paris and it was quite the experience to walk the grand avenues, avoiding the Métro, and hear nothing but French. The same on the squares of Arras. No English, Scots or Canadian voices, just the Arrageois making the most of the sunshine to sit outside with a beer.

The second wave hit us and we found ourselves back in confinement with a massive spike in cases and deaths. That has eased but as in many countries the figures have plateaued rather than continued to fall. Thus, we found ourselves in confinement light until a few weeks ago when the new measures began being implemented. Much to the chagrin of my family in England I have been able to get a haircut since November (though the protocol is comparable to a visit to the dentist with the addition of the mask).

Suddenly, here we are back in April. Yes, I had noticed Easter eggs on sale during my weekly shopping trips but they’ve probably been on sale since just before Christmas, if not Halloween. Then, talking to my mother the other night it occurred to me that Easter Monday was upon us. What happened to the first quarter of the year ?

Now you may be getting the impression that France has taken a sabbatical year out on its commemorations but this is not the case. Small official ceremonies have been taking place but they have been strictly limited. For example, in my village I will soon be getting a leaflet telling me about the 8th May commemoration and telling me, NOT to attend. The Maire will lay a wreath – end of.

This scenario will be repeated everywhere, perhaps at a grander scale for the major sites but always limited to officials. My two local papers, the Courier Picard and Voix du Nord often carry photos of such small events across the region.

Likewise the Carrière Wellington in Arras has been publishing a series of historical reminders and ‘then / now’ photos in connection with the Great War on their Facebook page.

So what about us ? You may be asking. The answer is sadly, simple. There is not a great deal I can do given the restrictions. The communes lay wreaths on France’s two major commemorative days, 8th May and Armistice. Outside of that things are tricky and I do not expect, given current circumstances, for anything beyond that.

Last year was the first time that I could not deliver wreaths for Armistice. For the most part because of the sanitary situation which stopped me from going into Belgium and prevented me from getting the wreaths brought over from the UK. On that latter subject, Brexit may require a rethink about floral tributes. Whilst it might seem a simple affair, effectively the wreaths are imported into the EU which was not a problem whilst the UK was a member state but, now that it has voted to become a Third Country, are we going to get hit with duty and taxes ?

Returning to the subject of Easter, our photos of the fallen alongside the cross at Écurie have faded over time and back in February when things were still looking hopeful I was considering reprinting and laminating the cards so that they could be replaced. It would have been a good exercise for the local infant’s school who are enthusiastic supporters of the cross. But, here we are and I am prohibited from travelling that far, so it won’t be happening on the 9th April.

Although, in theory, we may be less restricted come the start of May, I can’t see us being able to positively plan anything for the 8th.

Meanwhile, back at the keyboard, I have been giving my website a major revision, making it more tablet and mobile friendly. No doubt there are still a few tweaks to be carried out as unsuspected knock-on effects come to light.

As I am writing it is Easter Sunday. As in 1917, Easter has fallen early and in a few more days we will commemorate the 104th anniversary of the Battle of Arras in the Pas de Calais. On that occasion you may wish to revisit the story (or perhaps come to it as a novice) of the Regiment’s Vimy Cross. How it came to be created, some of the mysteries behind it and the creation of the Memorial Project’s fine replica in Écurie.

I have no idea how things will proceed over the next twelve months but, as and when things open up again, I’ll be back doing the rounds and perhaps by 2022 we will see regular groups of Canadian visitors back in Arras.

The Memorial Project’s ‘man at the front’.

For more info about the history of the 15th Battalion explore the links below:

This article, links and all photos provided courtesy of the 15th Battalion CEF Memorial Project.